Stand Like Stone is governed by a Board of Directors.

Our directors are made up of unpaid representatives from the Limestone Coast who meet the Australian Tax Office’s (ATO) definition of having ‘community responsibility’. The directors are assisted by a Chief Executive Officer, Anne Kerr and a small part time management team. The Stand Like Stone Foundation has an office in Mount Gambier.

Robert joined the Stand Like Stone Foundation Board in 2012 and comes from a farm in the Bordertown area.

He is a Fellow of the Australian Institute of Company Directors FAICD and was a director of a public unlisted company for 10 years.  Robert served on the Catchment Water Management Board for 5 years followed by 5 years on the South East Natural Resources Management Board and chaired the Audit and Finance Committee during his term.  He holds a certificate in Rural Business Management and served on the Seed Services Advisory Council.   Robert is currently the Deputy Chair of the Tatiara District Council and Chair of the Engineering Committee and the Waste Management Committee.  He represents the South East Local Government Association on the Coorong and Limestone Coast Coastal Management Group.

His interest in Stand Like Stone is centred on building a strong financial base for the funds, and prudent management to optimise distributions, which enhance opportunities for the whole Limestone Coast. Robert and his wife Glenda have travelled widely and enjoy absorbing the culture of regions including comparatively undeveloped countries.


Raised in Mount Gambier, Donna moved to Adelaide to undertake her Bachelor of Laws and Legal Practice before returning to Mount Gambier to take up a position at DeGaris Lawyers in 2010. Donna is now an Associate Partner of the Firm and heads up the criminal law practice, as well as practicing in Commercial Law, Civil Litigation, Wills and Estates and Victims of Crime Compensation.

Donna is actively involved in sport throughout the region and is the current Secretary and A Grade Coach of the Glencoe Netball Club as well as being actively involved with the Mid South East Netball Association. Donna became involved in Stand Like Stone as an Alternate Director for Bill DeGaris, was a dancer in the 2012 Swinging with the Stars and became a Director in her own right in 2014.


Rhett McDonald is a Therapeutic Counsellor/Case Manager working with Families and Young People in the Limestone Coast.  Rhett has extensive experience working in the international and humanitarian sector with a number of years spent on assignments in Africa, the Caribbean and Eastern Europe in the field of children’s health, training & development and safety & security.

Rhett returned home to the Limestone Coast in 2007.  Through his strong community involvement Rhett was awarded the Penola Riddoch Ward Australia Day Citizen of the year award in 2012 for his contribution to the local community. As an advocate for youth, community wellbeing & the arts Rhett has held a number of roles in local community committees and organisations.

Sally Klose has a long association with the community philanthropy sector working as the Executive Officer of the Stand Like Stone Foundation and in 2014 received an Award for Excellence from Australian Community Philanthropy for “outstanding achievements and contributions to philanthropy through the Community Foundation movement”. She then moved to the Naracoorte Lucindale Council as the Manager Governance and Community Development where she was responsible for all aspects of governance and communications with oversight of the Public Library, Visitor Information Centre and tourism, town halls and Community Services department.

Sally has assisted many community groups with community planning and development and providing advice on sourcing funding and writing grant applications. Sally’s experience is backed by graduate qualifications in management and business.  Sally has completed the Company Directors Course Diploma. Sally and her husband Chris operate a 3,000 acre mixed farming business with land in Lucindale and Kingston.

Kate Facy has a Bachelor of Business majoring in accounting from Deakin University and an Advanced Diploma in Agribusiness from the University of Sydney.  A Graduate of the AICD Company Directors Course. Kate has lived and worked in Regional South Australia and Western Victoria for over 40 years.

During that time Kate has been on various boards and committees including Community Radio Station 5 TCB, Beachport Primary School, Tenison Woods College, Gladys Smith Early Learning Centre and  PEAK.  Kate is a specialised Agribusiness Banker with the Commonwealth Bank for the last 10 years. Kate is passionate about the growth and sustainability of regional communities.

Ben is passionate about regional and rural Australia. He is the co-director of Hello Friday, a creative agency that is a major sponsor of Stand Like Stone. He is also the co-creator of Australian children’s character, George the Farmer.

Ben has received a number of outstanding awards and mentions including being one of the inaugural winners of the InDaily Top 40 under 40 Business Leaders in South Australia, being listed in the 2016 Google Australia Regional Online Heroes and the Flinders University Education Award for Brand South Australia. Ben has previously lectured at TAFE SA in multimedia and was elected to the City of Mount Gambier council as councilor in 2018.

Steve is an accountant based in Millicent with Hamilton, Hateley and Associates and his areas of expertise include personal and small business taxation, and financial planning. Steve is a passionate Limestone Coast local and an active participant in football and cricket for the Millicent area.

Steve has been associated with Stand Like Stone since 2018, competing and raising funds as a dancer for the annual fundraising event, Swinging with the Stars. He joined the Board in 2019.

With over three decades of influencing and inspiring people to be their authentic self, Di has worked alongside teams from global corporations to SME’s. Leading, motivating, supporting and mentoring individuals to achieve personal and business growth and goals.

Since returning to live in Mount Gambier Di has dedicated countless hours of volunteer time to host, plan events and fund-raise for numerous local organisations. A Board member for the past six years for Women in Business Regional Development. One of her many career highlights was to be voted in as the first non-indigenous Board member for Pangula Mannamurna Aboriginal Corporation in 2018.

Di established Di-Monty Training Solutions in 2008. As Managing Director, developed the business to provide training and support services across the region. A key driver for Di is to work with disengaged members of our community to help them believe in themselves and achieve personal life goals.

Life is mostly froth and bubble,
Two things stand like stone,
Kindness in another's trouble,
Courage in our own.

With a background in law and 17 years in various leadership roles in the timber industry, Anne brings her extensive experience in strategic planning, governance and corporate affairs to Stand Like Stone.

“I am thrilled to have been given the honour of leading Stand Like Stone and to continue building on the foundation’s success. I am really looking forward to working with the team and our community partners to deliver the Board’s important mission of building on the generosity of spirit within our community and promote investment in the Limestone Coast for lasting impact.” 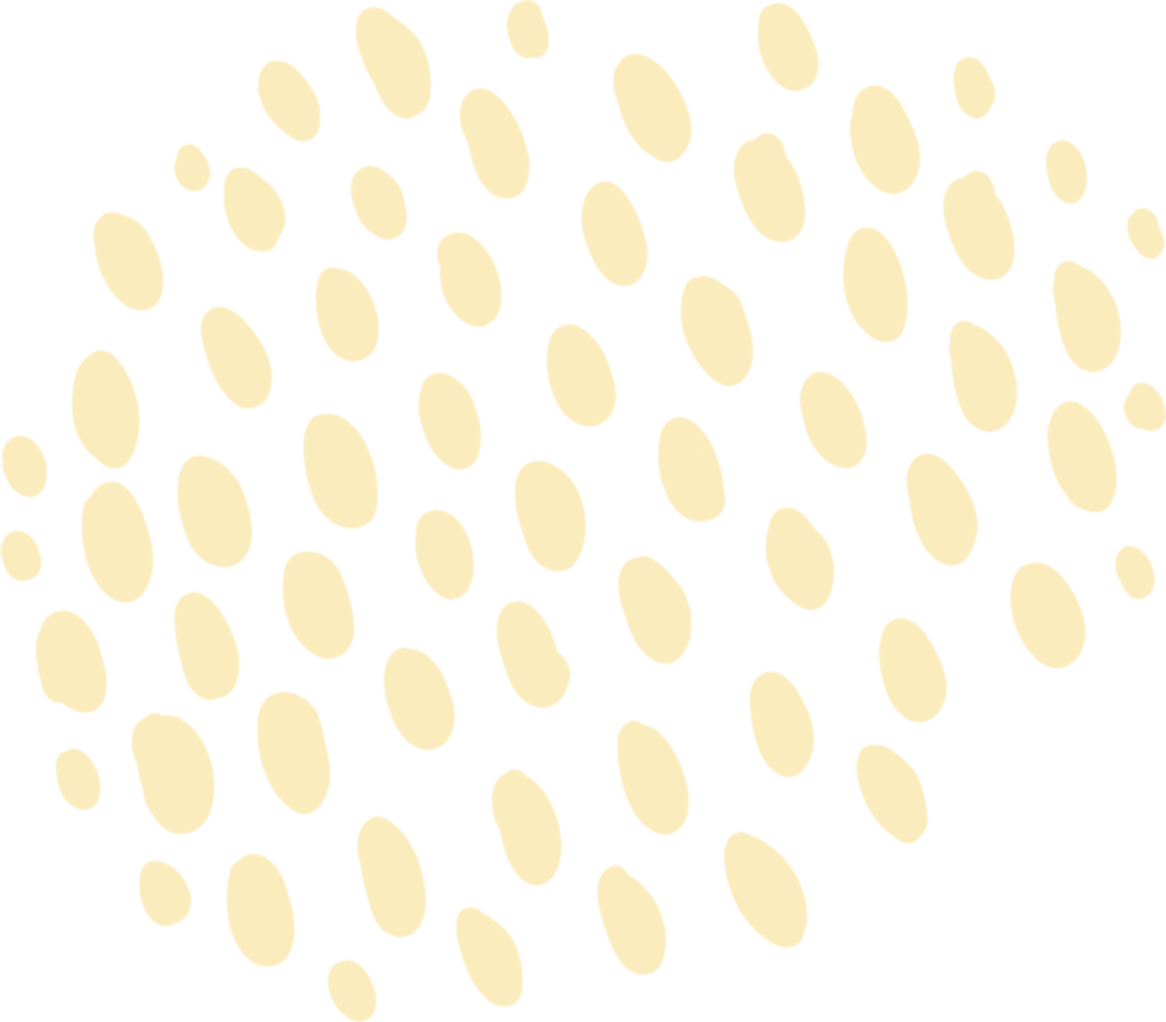 I am thrilled to have been given the honour of leading Stand Like Stone and to continue building on the foundation's success.

Carissa Wood is employed on a permanent/part-time basis providing all aspects of administration support to the Stand Like Stone Foundation.

Sue Charlton AM was the inaugural Chair of the Stand Like Stone Foundation and held this position for 10 years, retiring in December 2014.  Under her leadership, the foundation celebrated it’s 10th Anniversary and achieved several significant milestones including, surpassing $1 million held in trust for the Limestone Coast community and distributing over $600,000 to the Limestone Coast community.   Sue is a member of the Swinging with the Stars committee and the Limestone Coast Tattoo committee and has seen these events grow into significant and sustainable community based fundraising events for the foundation.  Sue is a founding member, Director and Chairman of Australian Community Philanthropy, a group established to represent the interests of Community Foundations across Australia.  Sue has pursued a career in paediatric physiotherapist, working with children and families in the Limestone Coast community for the past 35 years.

Sue is an Adjunct lecturer with the University of South Australia and Flinders University teaching clinical practice to physiotherapy students, a member of the Greater Green Triangle University Department of Rural Health Clinicians Advisory Group and was the Limestone Coast Representative on the Rural Medical Family Network State committee in South Australia.  At a national level Sue is the National Paediatric Group representative on the National Advisory Council of the Australian Physiotherapy Association.  Sue has been actively involved in school and local community groups including the Red Cross Service Group, Women’s and Children’s Hospital Group and the Moorak Hall committee and is a Friend of the Adelaide Festival of Arts, the Sir Robert Helpmann theatre and the Riddoch Art Gallery.

Sue’s family has established the LM Woodruff Memorial Scholarship to support students to undertaking nursing studies. In 2014 Sue was awarded a Member of the Order of Australia for significant service to the community of South Australia through a range of philanthropic and charitable organisations, and to physiotherapy. Sue’s commitment, contribution and achievements as the inaugural Chairman of the Stand Like Stone Foundation were formally recognised in February 2015, by appointing her as Patron of the foundation alongside Ray Scott.

Brian Page was a member of the Foundation’s Board of Directors since its inception in 2004 until 2017. Brian was the inaugural Chair on the interim steering committee for the Community Foundation project.

Brian was also the Foundation’s Founding Donor and has established scholarships for students at Mount Gambier High School, Kingston Community School and Keith Area School and through Wepar Nominees Brian and his wife Sue sponsored the Foundation’s operations for many years.

Brian was a member of the Limestone Coast Area Consultative Committee since its inception in 1995 and has a Bachelor of Engineering (chemical) from Adelaide University and is a member of the Australian Institute of Wood Science and won a national award for Technical Literature in 1987.  Brian has extensive experience in business and industry, and has a strong community involvement, especially in social, cultural and environmental issues.

Previous Patrons of the Foundation are the late Mr Ray Scott and the late Mr Allan Scott AO.

Brian Page was a member of the Foundation’s Board of Directors since its inception in 2004 until 2017. Brian was the inaugural Chair on the interim steering committee for the Community Foundation project.

Brian was a member of the Limestone Coast Area Consultative Committee since its inception in 1995 and has a Bachelor of Engineering (chemical) from Adelaide University and is a member of the Australian Institute of Wood Science and won a national award for Technical Literature in 1987.  Brian has extensive experience in business and industry, and has a strong community involvement, especially in social, cultural and environmental issues.